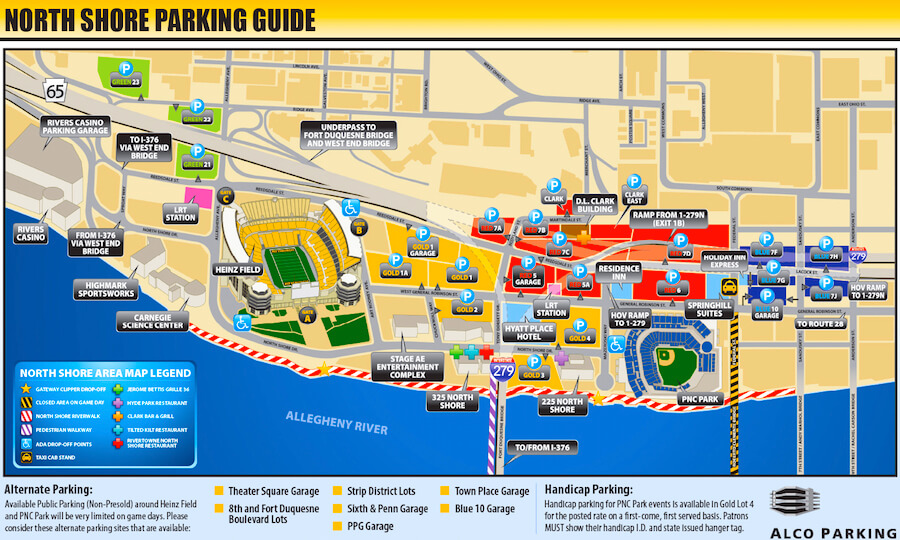 Downtown Pittsburgh offers 20,000+ parking spaces.  Game day and concert rates tend to be cheaper than on the North Shore, especially at the city's many municipal parking garages and garages located here.  This map shows their locations: 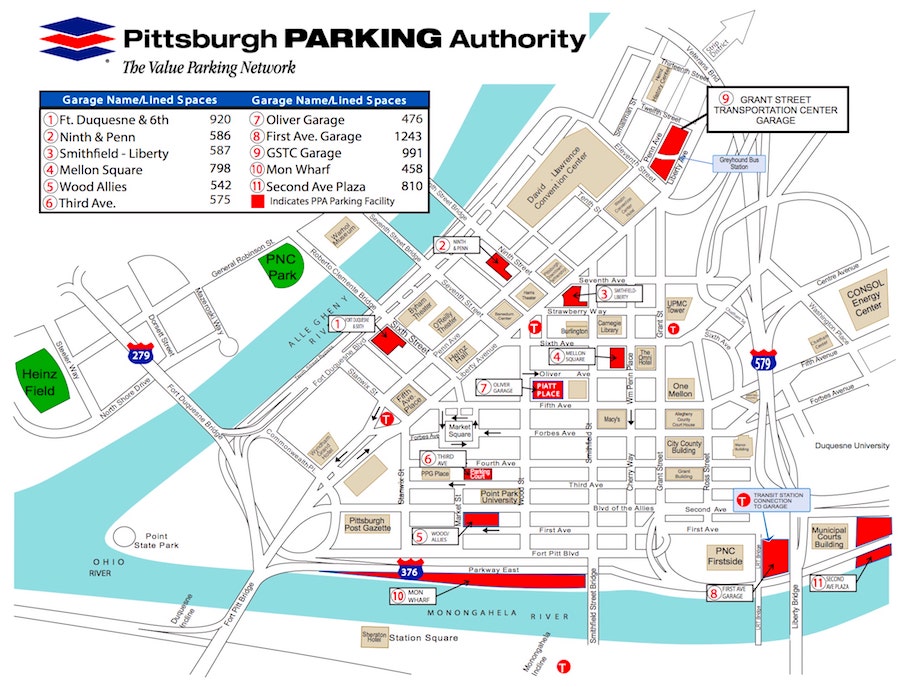