Are you heading to PNC Park to watch a Pittsburgh Pirates game or enjoy an outdoor summer concert?

PNC Park's location on the Allegheny River waterfront overlooks the downtown Pittsburgh skyline - so get ready for the most spectacular view offered by any ballpark.

Going to a Game at PNC Park?

If you're booking a spur-of-the-moment trip to Pittsburgh or visiting for the first time, we have you covered.  Here's where to get tickets, best places to stay nearby, and a few fun ways to explore Pittsburgh.


We cover everything you need to know to make your visit to PNC Park fun and stress free.

What to Expect at PNC Park

PNC Park opened in 2001 as the fifth home of the Pittsburgh Pirates, a member of the Major League Baseball (MLB).  The ballfield embodies a retro-classic stadium style with two decks and natural grass playing fields.  Steel trusses also give a nod to Steel City's industrial past.

PNC Park seats just over 38,000 people, making it one of the smallest pro baseball stadiums and giving you a great view of the game no matter where you're sitting.

In recent years (except for the pandemic years of 2020-2021), most Pirates games typically draw crowds of around 18,000-31,000 fans, while the outdoor summer concerts frequently attract sell out the stadium.

PNC Park's central location means you'll get all the conveniences of being right in the middle of a vibrant city, including easy access on Pittsburgh's "T" (subway), plus plenty of places to eat tasty local cuisine and sample beverages from the thriving craft brewery scene.

Here's a discount you can use for PNC Park games and concerts:

For games, you can pick any seat and be assured of excellent views of the action on the field because of the stadium's design offers unobstructed sightlines.

Know Before You Go

Choose a Downtown Pittsburgh hotel and enjoy lively dining and nightlife scene while being just a 5-minute walk across the Clemente Bridge (or free T ride) to PNC Park:

PNC Park enforces a strict "No Bag" policy for games and concerts, with only the following exceptions:

How to Get to PNC Park

The Best Way to Get to PNC Park

The easiest and best way to get to PNC Park is to walk, which you can easily do if you're staying near the ballpark in the North Shore or Downtown neighborhoods.

On game days, the picturesque Roberto Clemente bridge provides pedestrian-only access to the ballpark from Downtown Pittsburgh, so you can enjoy beautiful river and skyline views as you join the crowds of Yinzers and out-of-town fans walking across it.

Please note:  The Clemente Bridge will be closed for renovations until the 2023 MLB season.  Until it reopens, walk over the Andy Warhol Bridge (7th Street) to get to PNC Park.

Take a few minutes to stroll along the beautiful riverside concourse next to the ballpark where you can relax and soak up the sights.  Once you're inside and sitting in your seat, the Pittsburgh skyline views create a special ambiance you won't find anywhere else.

The next best way to reach the ballfield, especially if you want to avoid getting stuck in traffic gridlock around PNC Park is to take the "T" - Pittsburgh's light rail/subway system - to the North Side T Station located across Robinson Street from the ballpark's Home Plate entrance.  If you board at the "Golden Triangle" stations in Downtown Pittsburgh, you can even ride for free.

What about Ride Shares?  Can You Take Uber or Lyft to PNC Park?

Yes, absolutely!  In fact, taking an Uber or Lyft to PNC Park may be cheaper than paying for parking, depending on where you're coming from.

North Shore parking costs slightly more than Downtown, but if you're coming from the north, it's your best option avoiding traffic gridlock, especially after a game or concert.

Keep in mind that parking is tougher for concerts than for games because they draw significantly larger crowds - so allow yourself plenty of time.

Are you flying to Pittsburgh for a Pirates game or concert at PNC Park?

The best (meaning the fastest and most convenient) way to get from the airport to PNC Park or your Pittsburgh hotel is to rent a car and drive, take a taxi, or use ride-sharing service.

The cheapest although not necessarily the fastest or most convenient way to get from the airport to Downtown Pittsburgh is on the West Busway (28X Airport Flyer), which runs about every 30 minutes and costs just a few dollars one way.  From Downtown, you can easily walk to the ballfield.

Where to Eat & Drink at PNC Park

You'll find plenty of food and drink concessions inside PNC Park, including outposts of a couple of local bars and restaurants offering their own specialties and local fare as a change from the standard stadium hot dogs, nachos, and fries.

Need a PNC Park-related gift for friends or family (or yourself?? 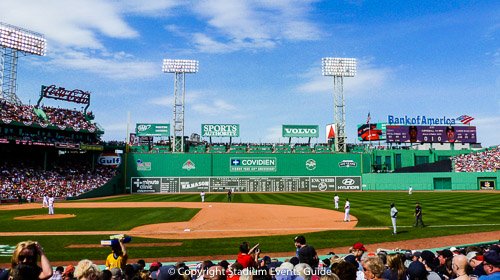